Deprecated: __autoload() is deprecated, use spl_autoload_register() instead in /home/archuleta/public_html/wp-includes/compat.php on line 502

Deprecated: Function create_function() is deprecated in /home/archuleta/public_html/wp-includes/pomo/translations.php on line 208 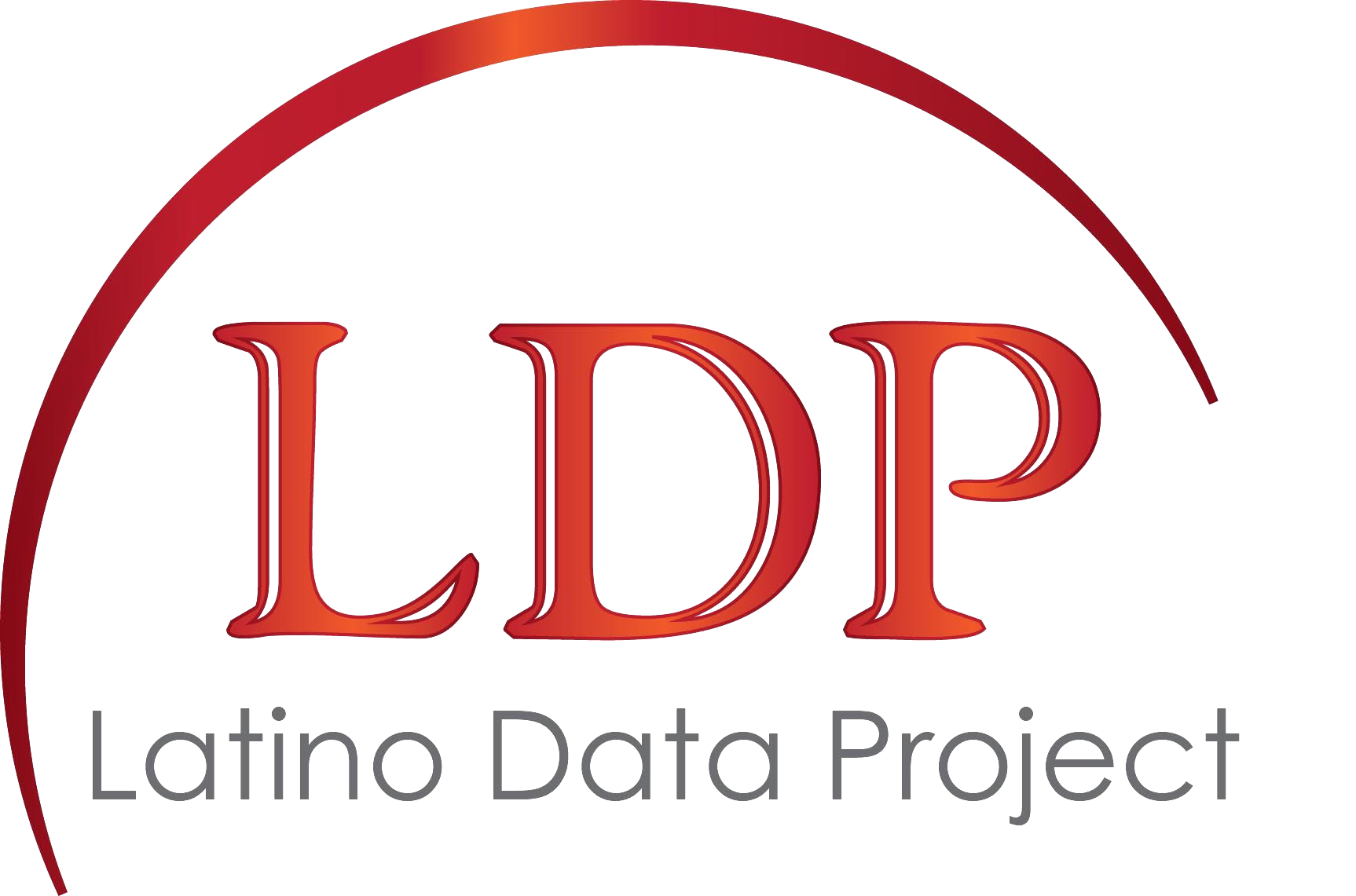 This research project was the most extensive and ambitious project ever conducted by Latino Decisions and the Latino Data Project. The research was specifically designed to ensure that there was little replication on prior research studies on the Latino population in Colorado. The sample sizes and extensive demographic variables allowed for a rich analysis of Latinos in Colorado.

Prior to conducting polls in the field, the most extensive landscape analysis of Latinos in Colorado was conducted. Information from the Landscape Analysis provided insight and direction for the survey methodology. Three statewide surveys were conducted. The first poll in the field was a statewide issues poll that targeted 500 Latinos in Colorado. The second was a statewide messaging survey that targeted 1,000 Latinos. The third survey was an online survey targeting Latino millennials (18-33) in Colorado. Each poll had a margin of error less than 4.8%. The issue and messaging surveys were conducted by telephone via both landlines and cell phones. Millennials were targeted online and via email. Respondents answered in English or Spanish based on their preference. Bilingual interviewers were used for the surveys. Results are weighed to know populations characteristics using the Current Population Survey.

WHAT DO WE KNOW?
Landscape Analysis Summary

Today there are 1.1 million Latinos that call Colorado home. One out of five state residents is of Hispanic origin. Latinos account for 21% of the statewide population and 14% of the eligible electorate, which compares to 17% nationwide for Latinos and 10 percent of the eligible national electorate. > Click Here to Learn More

WHAT IS ON THE MINDS OF LATINOS?
Statewide Issues Poll Key Findings

The survey indicates that there is a need for more Latino focused outreach regarding the recent changes to the voting system in Colorado, as 56% of Latino eligible voters in Colorado incorrectly believe that they can show up to vote on election day at their polling location. > Click Here to Learn More

Although our survey confirms our prior findings that Latino millennials are not very enthusiastic and interested in politics, this poll allows us to identify important differences useful for mobilization efforts. For example, gender continues to be a major factor, with Latinas proving to be less engaged politically across all indicators of the survey… > Click Here to Learn More

HOW ARE LATINOS LOOKING AT THIS ELECTION?
Statewide Message Poll Findings

The primary power of this survey is the large sample (n=1000) that allowed for more sophisticated analysis regarding internal variation within the Hispanic population in Colorado. We learned from the Landscape Analysis that the Hispanic community is not monolithic, with important, yet often overlooked points of diversity that have important implications for mobilization strategies. > Click Here to Learn More

EVENT: Latino Colorado: A Symposium On Race, Politics, and Influence 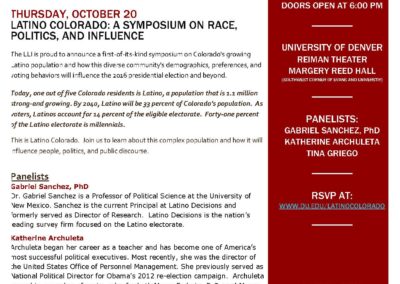 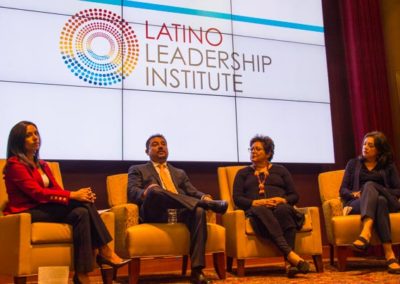 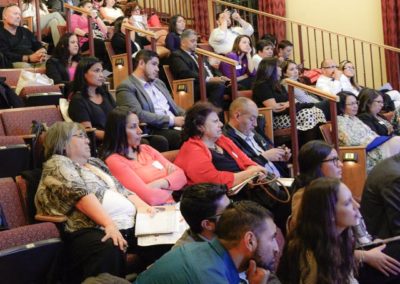 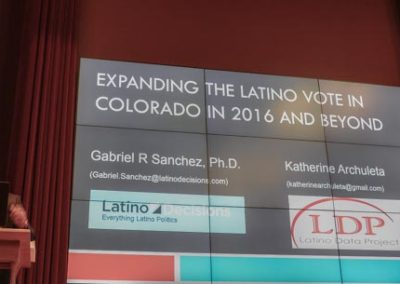